When I moved from England to America in June 2012 that was when I realised I was….black. Titi what? I can probably pinpoint when that confusing thought hit me. I think it was a form I was filing out and the only “category” available to me was “African American”. But you’re not “African American”…..? I wanted to explain. I didn’t understand what I was trying to understand at the time. Is African American the term for….black? So if you’re not this, you’re that? It was when I heard Chimamanda Ngozi Adichie say this same thing in an interview years later, that knew I wasn’t crazy for thinking it! Look it up.

What a month of June it’s been and we are only 5 days in. I didn’t write a May blog. I had planned to write one on June 6, my birthday (yayyy Gemini!). On the socials, aka the Facebook and Instagrams, I had planned to post 6 photos from the last 6 years (of my 8 years in the US!), starting June 1, but before I could blink, the bottom of the US race pot fell off and its hot messy angry contents spilled over our legs. 2020 clearly is not a year for planning!

That video of Amy Cooper. That video of George Floyd. On the heels of the video of Ahmaud Arbery. Did you see that video about the middle aged (white) man calling the police on 2 young (black men) using the gym in his building? WHAT. IS. GOING. ON? I’ve heard the stories too…..seen things. Whatever you may be thinking, this has been REAL LIFE for a lot of people.

“Racism is not getting worse. It’s getting filmed.” – Will Smith

Some people watched the Amy Cooper video and first thing they noticed was a dog being maltreated. Others watched and immediately “decoded” that a person, a black man, who could be their son/brother/father/uncle/husband/friend etc was in danger of losing his life. Some watched and didn’t see either of those two scenarios but an obnoxious woman who happened to be white.

For some, watching these videos, the protests on TV as a result of George Floyd’s death by a policeman kneeling on his neck, and all this talk of “racism” and #blacklivesmatter, they’ll agree it’s awful/evil/unfair/racist etc, but it may still be something they are watching from the outside, no context to their experiences.

Oh. Another observation of living in the US, people are described as black/white/brown etc, by “skin colour” – openly, on the news. That was a shock actually. I remember forgetting something in a shop in London and having to describe who sold it to me – the girl in the green dress, with red hair etc. If I had said “the Indian girl”, I’d be given looks like “oh so what are you trying to say”? There was so much I had to learn about my new home!

Here are three of my experiences……from my 3 homes on 3 continents. Things I’ve learnt, had to learn, unlearn, relearn…..navigating, strategising even! Thoughts I’ve had in my head. 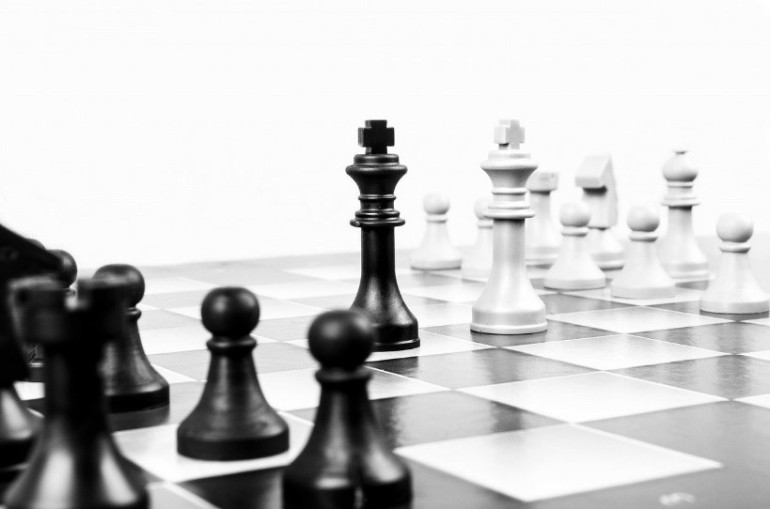 I’m Nigerian and I spent my childhood years there. Everyone is practically the same skin colour, let’s just say “black”, but “identity” is ethnic/tribal or religious based, geographical location can factor in too. Take me for example, I am:

Depending on the circles, I can use my mother’s lineage to identify myself – “nwa Lovette” (Lovette’s child).

Nigeria was colonised by Britain and got its independence in 1960. Rich in oil, it is also rich in foreigners/non-Nigerians. I do remember that all the white people/foreigners/expatriates did live a privileged life. Living in the choicest parts of towns, dining in the poshest restaurants. They were always treated differently, better than the indigenes. Colonial mentality runs deep.

I remember watching “A Woman called Moses” in the 70s/80s. I had NO IDEA Cicely Tyson was playing an actual REAL heroine person, Harriet Tubman! And that those harrowing events were REAL, at that age. It was just a TV show. I had no context. I had no way of understanding or relating to that experience.

I never really “heard” of the word “racism” until I moved back to England.

I’m British, born in London. When I moved back to London as a young adult, I found out I was now:

I was never referred to as “African” though. By the way, all Africans have different facial features, we can tell with 85% certainty what country or region someone is from. Now. My BUG BEAR is when someone says “I’m going to Africa”. Really? You’re going to hover in the air around a whole CONTINENT of 54 + countries or you’re going to one COUNTRY specifically? Just say I’m going to Tanzania! Or something. Travelling “around” Africa I can understand.  Anyhoo, I digress.

England has its own flavour of racism. No one can forget the murder of Stephen Lawrence, 1993, RIP. I remember that same year, at the train station in Tottenham with Chris, he pulled his credit card and handed it to the ticket agent who asked if he had cash. “But the other guy just paid with a card”, Chris exclaimed. I felt anger bubbling in him. I whispered to him that I had some cash, oblivious to the looks of exchange now taking place. Tottenham is extremely multicultural with a very high Afro-Caribbean population. It’s not just a football club. “He was being racist”, Chris would later tell me. That was the day the word was introduced into my vocabulary.

The one time I heard (caveat) of British police killing a black man was Mark Duggan, 2011 and all RIOTING HELL broke loose on the streets of London. The death happened in Tottenham by the way.

I was never afraid of the police but I know my experience is different. The month I moved to the US, I remember telling a colleague, “British police don’t carry guns about”. Perplexed she asked how they break up fights and keep order. I was equally perplexed at her question. I loooove cop TV shows. Now I’m thinking back to all the US based ones …..so all that shooting, shouting, excessive force, wrestling people to the ground etc….was not really just acting TV?

The film “12 years a slave” came out in 2013, two months after my official employment transfer to the US. I asked the only black/African American person in my circle to go see it with me. He didn’t want to. It stars Chiwetel Ejiofor, he’s British-Nigerian, he’s great! It’s going to be a great film! I tried to cajole him. Then he looked at me in the eye and said “I can’t”. That was when I looked him in the eye and really saw him. Then I remembered, he is from Birmingham, Alabama. When I first met him, my first thought was – the Church bombing of 1963 in Birmingham, Alabama by the Ku Klax Klan that killed 4 (black) girls. This was just a “story”, an event in a history book, until I met him. Just like some people don’t watch horror films, that was probably one, for him. Understanding someone else’s story can give yours context.

In 2015, I was visiting London after 2 years away, and updating my brother – OMG, guns, police, shooting, Texas big, omg the sun, fun, American food, work…on and on I went. A black man had been killed that day, it was a Friday, I remember very well because by Sunday, when I was leaving, another one was in the news. It was no longer just a “story” I was telling him. As a black man of course he was concerned.

In America, I am:

I’m also Nigerian in the circles that know. Otherwise, it just feels like everybody all of you are “black”.

Do you know I sometimes stumble when I’m asked “where are you from”? Can you now understand why?? Do they want to know my heritage? Where I was before I came here? Why I’m here? What passport I have? Is there an agenda? Are they just being friendly? FYI, the British don’t ask as many personal questions as Americans so there is that! I once told someone I was British and they asked if I was born there. Wow. How does that make a difference to our conversation?

My colleague, male, of Caucasian descent, who also moved from England to America, settled in, bought a truck, bought guns and went on about the business of living the Texan dream. The way I saw it anyway!

I, on the other hand, had to learn what day MLK fell on. What Juneteenth meant. Sometimes I’d get looks like “you don’t know who abc person is”? Like I should already know. I felt like I had to LEARN what it meant to be black, in America. A whole set of different hero, heroines, people, rules, language, books etc!

If you’re “black” – do you go watch films headlined by black actors/actresses with your non-black friends like you would any other film? I’m curious. If you’re non-black, do you treat these films like any other you would watch? I know I’m being simplistic….

This hashtag piece was flying around on Facebook, I recognise a few of the names. But seeing a LIST of NAMES? Context. A friend and fellow blogger Juli, added it to her blog and…..well, I am too. I don’t know who created it but here it is:

Understand why people are protesting, are hurt, are crying for justice, are TIRED. I’m tired right now! This has been a LOT, writing all this. Thoughts I’ve had in my head. Some I’ve never voiced outside my head. A lot of unfinished thoughts. Did I ramble? Bear with me! I felt the need to write. To release.

At the end of it all, I am so proud and happy for all my experiences! I’m not just one thing. I’m not (just) the colour of my skin. Maybe sharing and being more open with our thoughts will help others understand…..better? What do you think? Ok, I’m done!

Thank you for reading!

Cover image and chess board credits – Pixabay. All other photos, mine.