Or the well-known classic by Stevie Wonder, circa 1980, and a staple of many a shindig:

June 6 is my birthday!! The way I’m in love with my birthday you’d think it was always this way. No. I actually have no (real) memories of my birthday growing up. Or pictures. Maybe that’s why! There maybe some in my mum’s repertoire of collectibles (she still had all our hospital birth tags) but I have none “on me”. That’s what you get for being in the “diaspora”, I don’t like that word. In primary school, we wore uniforms but on your birthday you could wear anything you wanted. You also took treats for everyone in your class and for all the teachers. You were a star for a day! My birthday, summer, school was always out. I do remember my 21st birthday party! But I have no photos. My therapy sessions have really helped me, honestly. 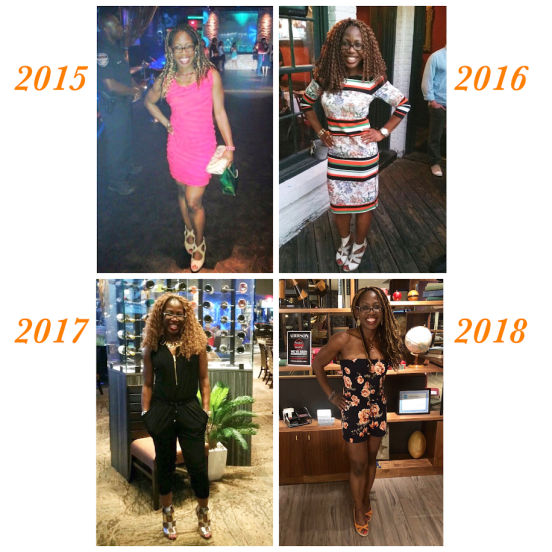 T is for Titi

How did me all start? On a bright summer’s day on June 6, 19….come on, a lady has to have SOME secrets, although I think that ship has sailed. I was born in Middlesex Hospital, Brent, North London. We lived on Willesden lane, cue photo. In 1993 after I returned back to England from Nigeria, I found myself living a few streets away. Chickens do go home to roost. Then I “betrayed the North” and move south of the river (Thames) in 1996.

My Dad was doing a post grad thing at Oxford University, married my mum in Oxford, had my brother (#1), got sent to India for work, had my sister (#2), then back to England they went and had me (#3) in London. Later, they left for Lagos, South West Nigeria, the capital at the time, had 2 more kids then closed the shop.  From 4-10 years old, I went to Corona School Gbagada, very British type establishment, quite posh at the time, still is I think. I was “somewhat” sporty. Although looking back I was quite good at things like sack race and I won the “thread the needle” race at 8 yrs old I think. Yes, it was a real competition. I guess I was into the novelty type sports, preparing me for obstacle course racing in the future! I do have a Spartan race in 2 weeks actually…

I couldn’t play ANY musical instrument for the life of me, despite weekly music lessons (piano, recorder etc etc). My elder sis on the other hand, station her by any kind of keyboard and she’d be flying. I was an avid reader. I’d read anything, a cornflakes box if it was put in front of me. When there was a power outage – “NEPA has taken light” a groan would chorus across the street (NEPA stands for Nigerian Electric Power Authority), I would forage for a candle to finish whatever book I was engrossed in much to mum’s displeasure.  Ooh, I remember now! I was a good sprinter – 100m dashes and high jump too, which I carried on into secondary/high school but stopped in form 2 or 3 (Grade 8 or 9), when boobs arrived, I didn’t know what to make of them. I loved to write (still do!!) and cook (still do!). I created stories and invented recipes, both of which I still do too! Actually, cooking, I was “forced” to learn. Thank goodness I was made to. I enjoy doing it, and I’m very creative with it. Plus, I get to cook what “I” want to eat.

I started wearing glasses when I was 10, and only because the registration forms for secondary school, a boarding school, required medical tests (so the school knew what they were getting I suppose). But my eyes had been bad for a LOOONG time. I remember I would rush to get the desk at the front of the class in school and at home I’d sit practically on the TV and my mum would yell “don’t sit so close, you’ll spoil your eyes and won’t be able to see”! Errr mum…I think we are at the tail end of this assumption. I could see her hand reaching for a slap though.

But you see, I thought I was smart. When my dad would take me to the optician, who was also his friend, while they’d chit chat – how’s the wife, oh you said your card did what – I’d go to the screen and memorise the first 10 lines, I said I was smart. Until one fair day when the Eye Doctor changed the screen!! Whaaaaat? I couldn’t even read the big fat “A” that’s usually the first letter. Maybe N?…….or V? I was well and truly busted. My eyes were so bad, it was incredible I’d managed to stay alive for 10 years in a country where you need all your wits about you.

I was a picky eater as a child. Was, Titi? WAS? OK. I am, happy now? I just don’t like being “surprised” by food, that’s my conclusion. I would not eat some foods because they were “round”, or slices that weren’t not cut straight, or someone walked past my plate. And no green anything food (veg was a foe) – if it was green AND round, no chance. I only started eating Brussel sprouts 3 years ago, now I love them! Gosh. My mum would make me sit for hours to finish my meal. “I don’t like it” was not a good enough excuse. You ate what you were given. The nanny at the time made her life easier and left candy on the table. So now, grown up Titi, if I like it, I eat it. I have the same breakfast every day, I like it. I’m not a foodie and I’m proud. Let’s just say I am a girl of selective tastes and move on.

Age 10-16. Secondary school in Nigeria was a TRIP! My greatest and most pleasurable memories were this period. I went to an all-girls boarding school in Northern Nigeria – Federal Government Girls College Bakori in Katsina state. The North is predominantly Islam and the South has both Christianity and Islam. My friends are a mix of both and those girls are my FRIENDS till TODAY, more than 20 years later. Late night feasts, talking after lights out, dance offs in the middle of the room, swapping mills & boon romantic novels we smuggled in, trying to cut a class…..oh my days. When we meet up it’s like we are 10/11 year old girls all over again. Squealing, screeching, laughing and VERY LOUD (as only Nigerians can be!). These same friends would offer me comfort decades later when my mum passed in 2017 and I had to go back for her funeral. They brought much needed laughs. “Bakori for life” is our slogan! I carried my picky eateriness to secondary school too. I didn’t eat meat after I saw “a fly” in the school kitchen so I would either give it away or someone would trade for a piece of fruit.  From Lagos state where I lived, my school was an hour plane ride and a 3 hour car ride away!

Federal Government colleges are scattered through out Nigeria, girls and mixed schools, called “Unity Schools”, they were set-up to do just that. It was customary to attend one (or rather “be sent to one”), outside the state you lived. That was how you learnt about other cultures, peoples, food, religion etc. Two of my siblings went to schools in the North, two went to the East. The Nigerian school system is based on the British system, English is our first language.

Ps, I was a smarty pants and got the highest scores in my first year/form 1 end of year exams and was awarded a 6-year scholarship through junior and high school. See, I’m not just a pretty face.

That’s the same girl in the “arrow”, I haven’t seen her since that time!

University life took me to the Eastern part of Nigeria….but that’s another story for another day. Let’s get back to present day!

I consider June 6 my new year, I get to live a new age for 12 months, what oh what can I will I do in a year? Get your plan together Titi! A lot has already happened in a year….

So many firsts! I’m still “unboxing” some of the merchandise designs, another first to look forward to.  I’m beyond excited! SO MUCH to do, but the year has just started!

And we are at the end, back to where we started….me celebrating my birthday! I started doing this as a routine in 2000 I think. I just decided to….changed my story. Ok so it was not typical celebrate with bells and whistles growing up but, you’re grown now, write a new story, your story with the ending you want!

I’ve done movie themed birthdays – the best was when “The Omen” was re-released on June 6, 2006 – 06.06.06, while others were bathing in holy water I was frothing at the mouth with glee. Do you know how long I’ve waited for that date?!!! Birthday parties, birthday dinners, club night, let’s just get together, etc. Today is just happy hour with cake. That’s my story and I’m sticking to it.

Photo creds all mine